We use cookies to provide the best possible customer experience. If you continue you accept this use of cookies. Go here to read more.
OK
Category /
Asian Ceramics & Works of Art
/
PorcelainThree generations of collecting
1215121
A set of five Japanese metal dishes and a pair of cuff links, 20th Century. 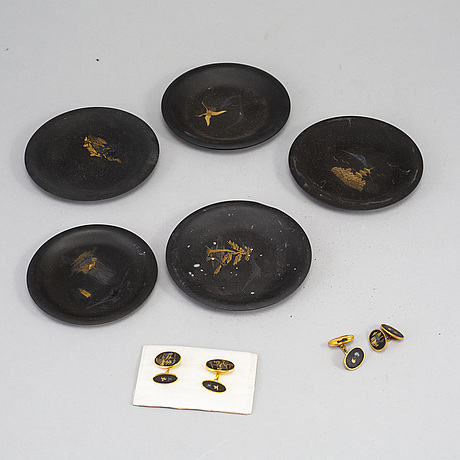 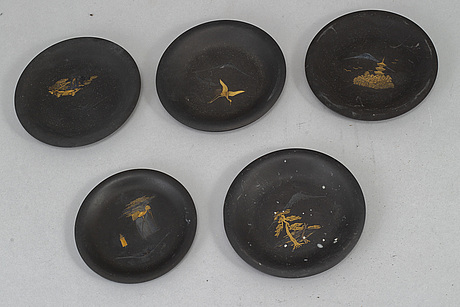 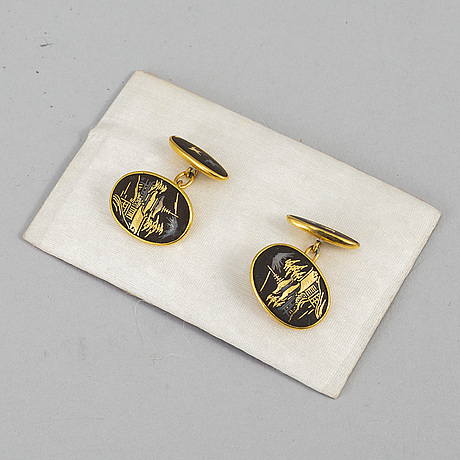 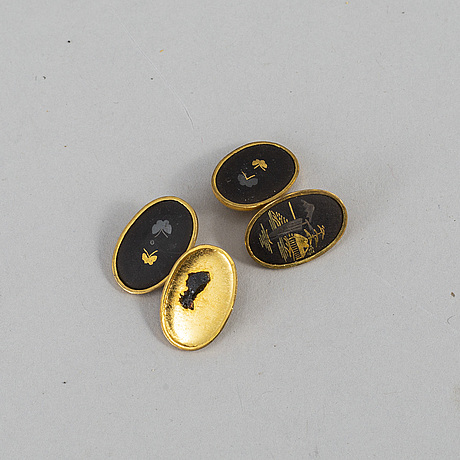 Wear. A pair of tarnished cuff links accompanies the lot.

Bukowskis has been entrusted to sell part of the vast collections of Art and Antiques after Wivica Akarcrona Borell (1935-2019).

The foundation of the collection was laid by Rear Admiral/Flag officer Sten Ankarcrona (1861-1936). Ankarcrona first got a taste for the Asian Art while following his fathers’s footsteps serving as ‘enseigne de vaisseau’ for the French navy “la Royale” during the years 1885-1889, when his Fregatt sailed in the area. Ankarcrona continued to ad on to the collection, later in life when he was sent on a special mission to Japan in 1923. He brought back vast collections of lacquer, bronzes, textiles, ceramics.

In 1911 the family moved to the mansion like duplex next to Sturegatan in Stockholm. The elegant home and their summer house at Brevik by Erstaviken where Ankarcrona created a Japanese garden (1923-27) and even set up a complete Japanese building was documented in the the magazine 'Svenska Hem i ord och bild' in 1928, which provide us with a fascinating window into this golden age of European collecting. The world renowned collection received many prestigious visitors throughout the years, the guest book contains signature of both the Swedish king Gustav VI Adolf as well as the Japanese crown prince, later Emperor Akihito.

Wivica was married to Ulf Borell, appointed physician to the Swedish royal family. She was a loyal visitor to the auctions and museums around the world. Her friends and family also know her as an opera habitué who never missed a new set. Her apartment was located at the top floor of the house by Sturegatan, in the elegant apartment new additions and finds from the auction scene mixed with old family heirlooms, many that can be seen in the magazine article of 1928.