We use cookies to provide the best possible customer experience. If you continue you accept this use of cookies. Go here to read more.
OK
Category /
Art
/
Modern Swedish ArtEn konstsamlares urval
1259705
Philip von Schantz
(Sweden, 1928-1998) 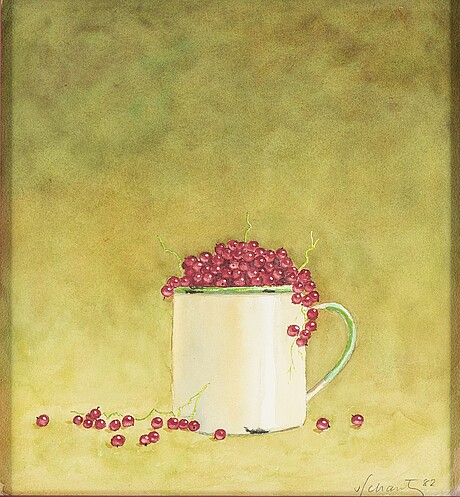 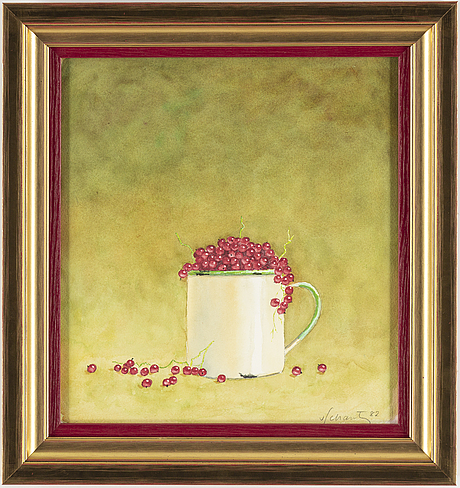 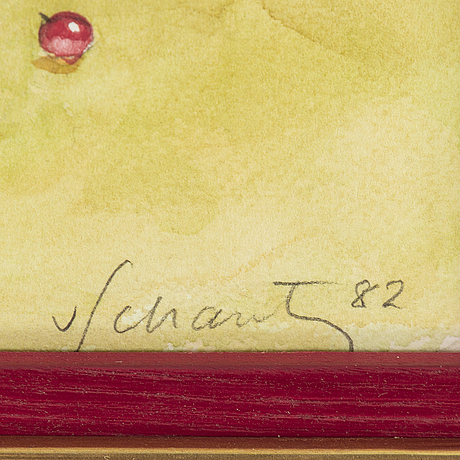 Not examined out of frame.

Philip von Schantz has since his debut in the early 1950s been constantly noticed as a painter and graphic artist.
He became most beloved for his pictures of red currants and blueberries in large bowls, buckets and jars.
Red currants and blueberries which he reproduced with tender and magical sharpness of detail with an almost surreal character.
He had usually grown the objects himself or picked them up in the forest. His images were often ambiguous and characteristic, for his way of working, was the use of a variant of the one-point perspective, where the lines of perspective run parallel and the image spreads over the surface.

Philip von Schantz first studied painting with Otte Sköld and then went to Paris for a short education with André Lhôte. Between 1952 and 1958 he studied at the Stockholm Academy of the Arts. During the 1970s, he became very popular with a wide art audience who found his still lifes irresistible and true to nature. He used the single-point perspective where the perspective lines run parallel and the image itself spreads over the image surface, the scale is also always 1: 1, which contributes to the images' identity and recognizable experience. The recognition of white tin bowls, wooden boxes with printed letters or simple tools such as grips, shovels, rusty buckets signaled confidence and quickly became irresistible and linked to one's own upbringing and history.

In the mid-1970s came the great breakthrough with the berry motifs, buckets, buckets and mugs that are overflowing with different berries; gooseberries, strawberries, blueberries, red and black currants. He meticulously paints berry by berry, with patience and conviction that the truth is precisely the exact image.