Bukowskis is happy to state that the trust from our customers during the spring resulted in great results such as most lots exceeding one million SEK in Sweden as well as the most expensive piece of art sold on the market. We are now looking forward to a significant autumn season where we can already introduce some important highlights.

We are happy to present Banksy's Girl with Balloon.
It is one of the most famous motifs of the anonymous street artist Banksy and is based on a stencil painting that first appeared on the streets of London in 2002 along with the message “There is always hope”. The Girl with Balloon from 2004 in the auction is, like much of Banksy’s art, ambiguous. It leaves the viewer to decide whether the girl in the image is trying to catch the balloon or if it has slipped from her hand and floated off.

Since the first Girl with Balloon Banksy has created several versions. Perhaps the best known are Flying Balloon Girl from 2005, painted on a West Bank wall in Palestine, and Girl with Balloon – Syrian version from 2014, where the girl is wearing a headscarf. Maybe the child metaphorically represents the never-ending hope for peace and the importance of chasing your dreams.

Banksy is a provocative artist who, through his street art, is transmitting a message to humanity. It seems that the more he takes sides the more his popularity rises. His latest feat is to finance a boat to rescue refugees trying to cross the Mediterranean to get to Europe. The boat is named Louise Michel after a French anarchist and features a Banksy artwork depicting a girl in a life vest stretching her hand out towards a pink heart-shaped safety buoy. The piece unmistakeably brings to mind the original Girl with Balloon. 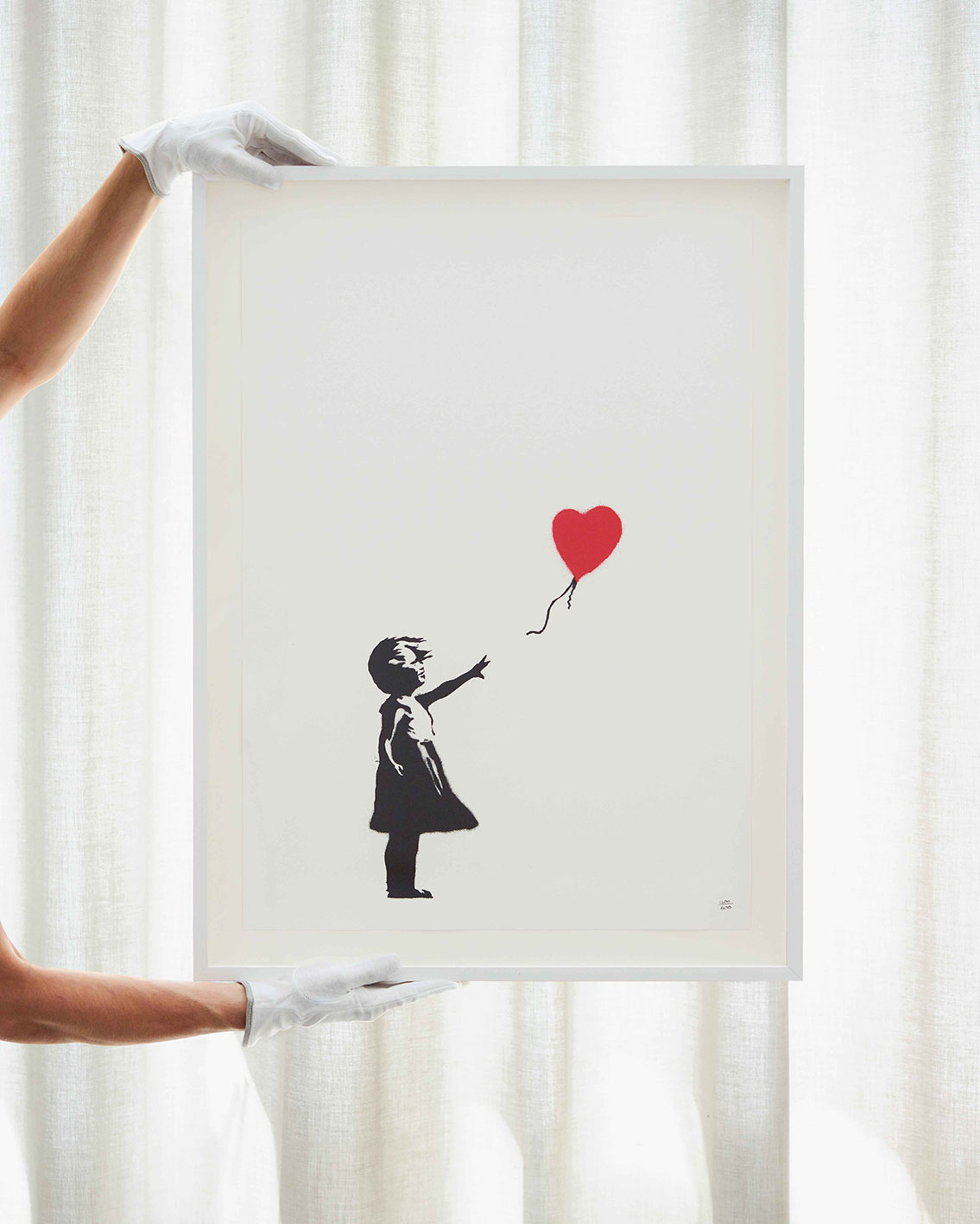 Bukowskis has also been given the privilege in this autumn’s Contemporary Art & Design auction to sell two further artworks by Banksy. 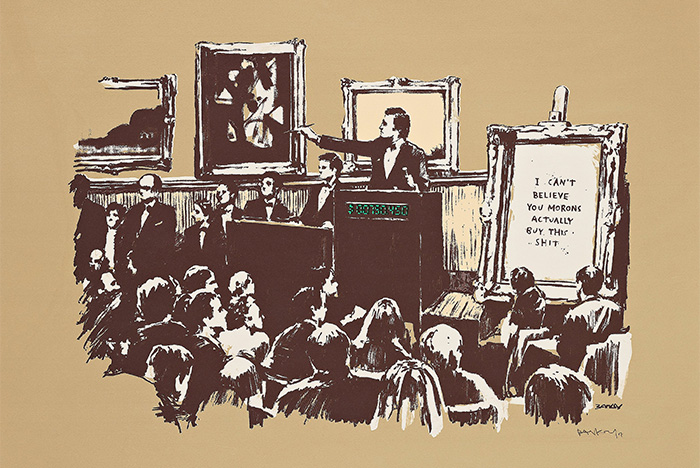 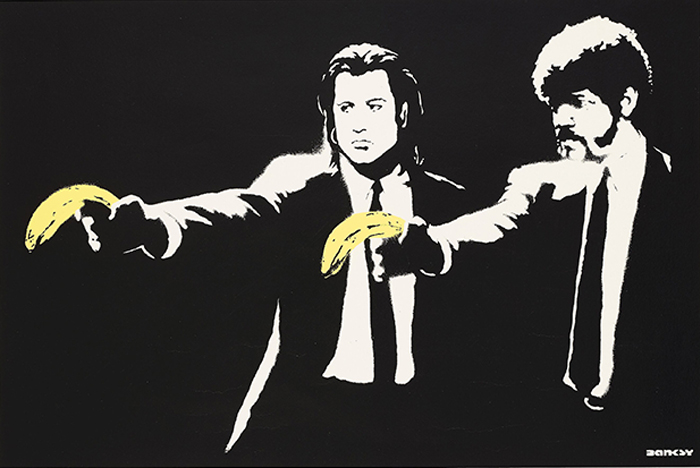 Consignments are now under way for our upcoming auctions. Welcome to contact us today.