Tinguely is kinetic sculpture’s foremost champion. Méta-Matics, his machines made from scrap metal, move nonsensically, clank and judder, occasionally stop. With their constantly changing patterns of movement they mock the culture of the perfect machine.

Swiss Jean Tinguely (1925-1991) moved to Paris in 1952 and in 1954 was already exhibiting at Galerie Arnaud, one of the two ‘avant-garde’ galleries in town. At that point there was a lot of interest in kinetic art. This was the first time since the war that a new and radical medium, beyond traditional painting, was being shown. Tinguely exhibited moving ‘paintings’ that he called ‘automata’; they consisted of black-painted boxes onto which white geometrical shapes were mounted. In the box there was a hidden mechanism consisting of a small electric motor turning a rubber belt round a wooden pulley.

The piece in the auction, ”Eléments blanc et bleu sur fond noir” from 1955, is an elaboration on these first ‘automata’. There is no beginning or end; it is a perpetual motion machine, where the shapes, in white and blue, might return to their original positions perhaps tomorrow or perhaps in a hundred years.

1955 was an eventful year for Tinguely, he participated in a group show together with three other young artists; Agam, Bury and Soto, at the now highly regarded Galerie Denise René. Tinguely also moved into a new, more spacious studio, in the same building where Brancusi worked. During the spring and summer of that year Tinguely’s art practice developed quickly, and his mechanical relief sculptures became increasingly complex. In September the artist arrived in Stockholm. The following month, on the 8th of October, his exhibition at Galerie Samlaren opened with 12 new reliefs and sculptures on show, all produced in Stockholm. The display of Tinguely’s work created a lot of commotion, with one lady even threatening to call the police.

The creator of Moderna Museet, Pontus Hultén, wrote about Tinguely’s relief sculptures in ”Jean Tinguely: Meta”: “Tinguely had, rightly so, a feeling that with his new reliefs and sculptures he had opened a fresh chapter in the current art history. What particularly appealed to him was the fact that his machines were a kind of illustration of the principle of relativity, an applied relativism. They expose the constant change that everything is subjected to, unless it is frozen down to minus 273 degrees Celsius that is.”

Jean Tinguely and Pontus Hultén became good friends during the fifties in Paris. Today we can look at Tinguely and Niki de Saint Phalle’s permanent sculpture group ”Paradiset” from 1966, situated outside the entrance to Moderna Museet on Skeppsholmen in Stockholm.

When is the viewing and auction? 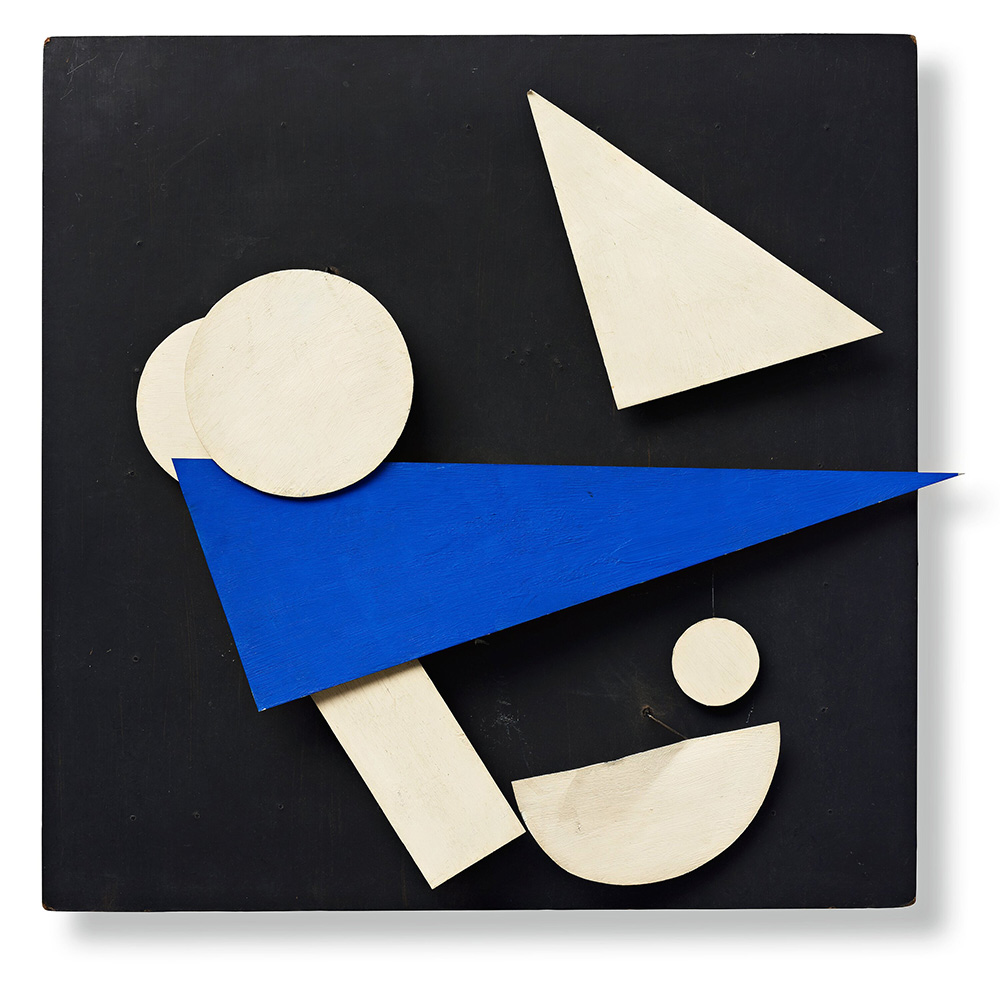