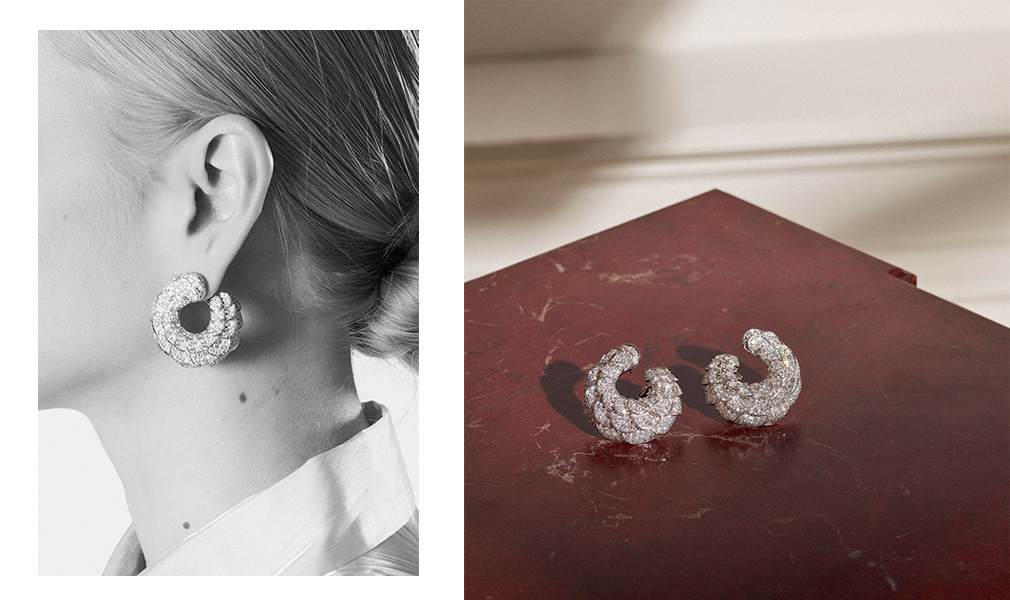 We are proud to present a pair of Habana earrings by Cartier from the Les Oiseaux Libérés collection at the Helsinki Spring Sale auction. Cartier was founded in 1847 by the jeweller Louis-Francois Cartier in Paris and his creations quickly became popular among the aristocracy. During the time of Cartier's grandsons, Louis, Pierre and Jacques, in the early 20th century, Cartier became known worldwide and established offices in both London and New York in 1909. Since the early 1900s, Cartier has also been a supplier of jewellery to several royal families, being called "the jeweller of kings and king of jewellers" by king Edward VII. Even today, Cartier is one of the most prestigious jewellers in the world and has stores in over 125 countries.

Flora and fauna have been part of Cartier's jewellery designs since the company's beginnings and the most famous collections with origins in nature are the iconic Tutti Frutti and Panthére, which have fascinated jewellery lovers around the world since the early 1900s. Since then, several other collections have been created based on flora and fauna, including motifs of orchids, edelweiss, crocodiles, snakes and birds. Among these is the Les Oiseuax Libérés collection, with jewellery in the shape of parrots and their feathered plumage. The Les Oiseaux Libérés collection is inspired by the two pieces of jewellery Caged bird (1942) and Free as a Bird (1944). These two were produced as symbols of the French occupation and France's liberation from Germany respectively during the Second World War. Caged bird also symbolised the French people's longing for freedom and peace.

Based on the two 1940s bird jewellery, the Les Oiseaux Libérés collection was created with the bird as a symbol of optimism and liveliness. The Habana earrings sold at the Helsinki Spring sale depict a parrot's plumage and are set with approximately 11.22 ct of brilliant-cut diamonds. 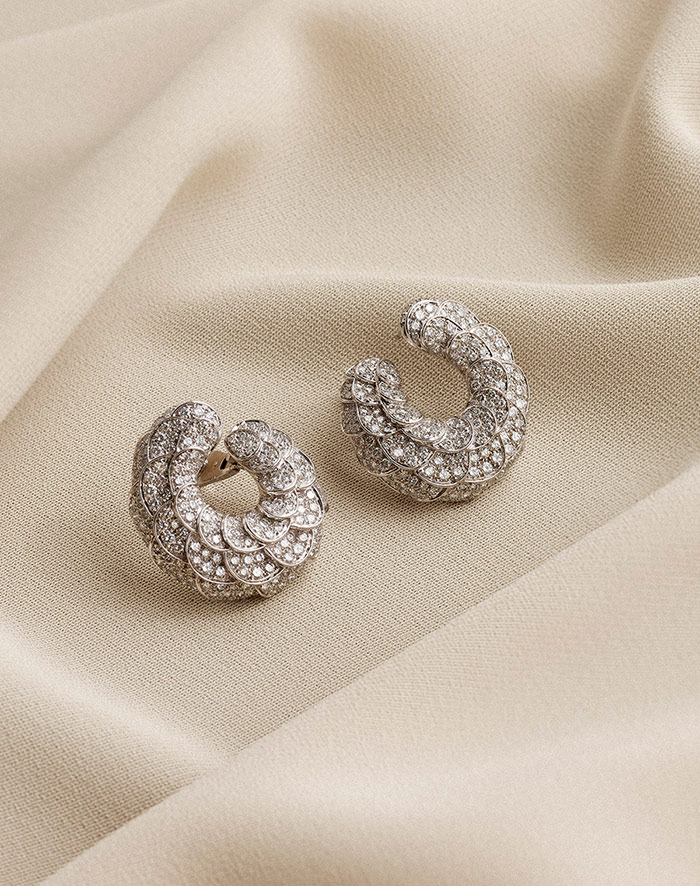