How do you interpret an entire artist's life? We have made an attempt to show Karin Sverenius' large production with a representative and retrospective selection. Karin was born in 1950 in Malmö. She started as a draftsman and decorator at Malmö Museeum. Her world of images spans several different subjects with a common denominator in the strong and powerful colors she used. It is clear how her way of painting and attacking motifs changes during the different decades. Many of her works are large and decorative but still very personal. Over the years, Karin participated in most exhibitions. Life partner Ingvar Holm wrote the book "Miss Karin's World History" where several of the works sold in this theme auction are depicted and mentioned. Karin passed away in 2017 and the works that are now being sold come from the artist's estate. 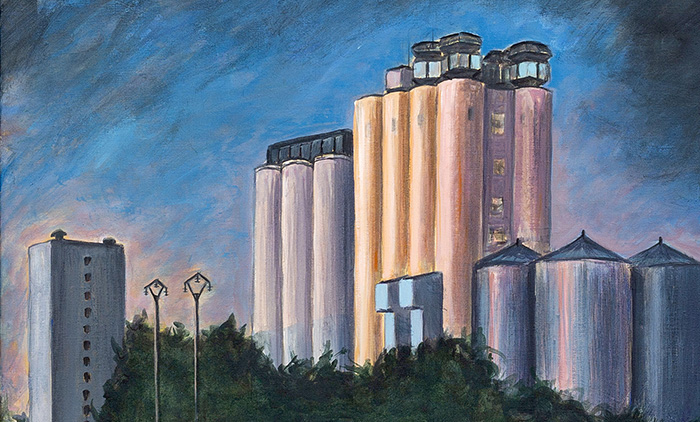