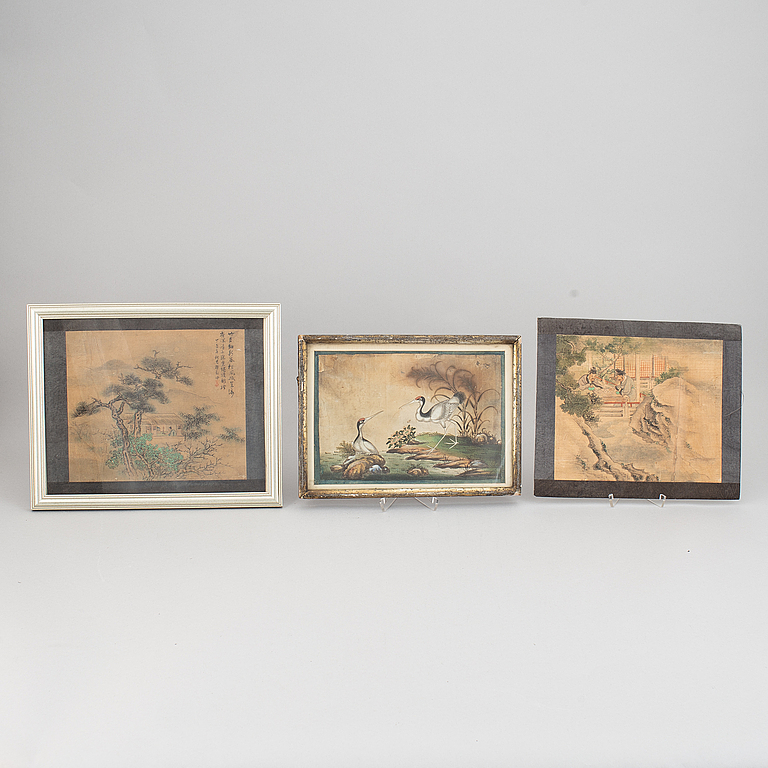 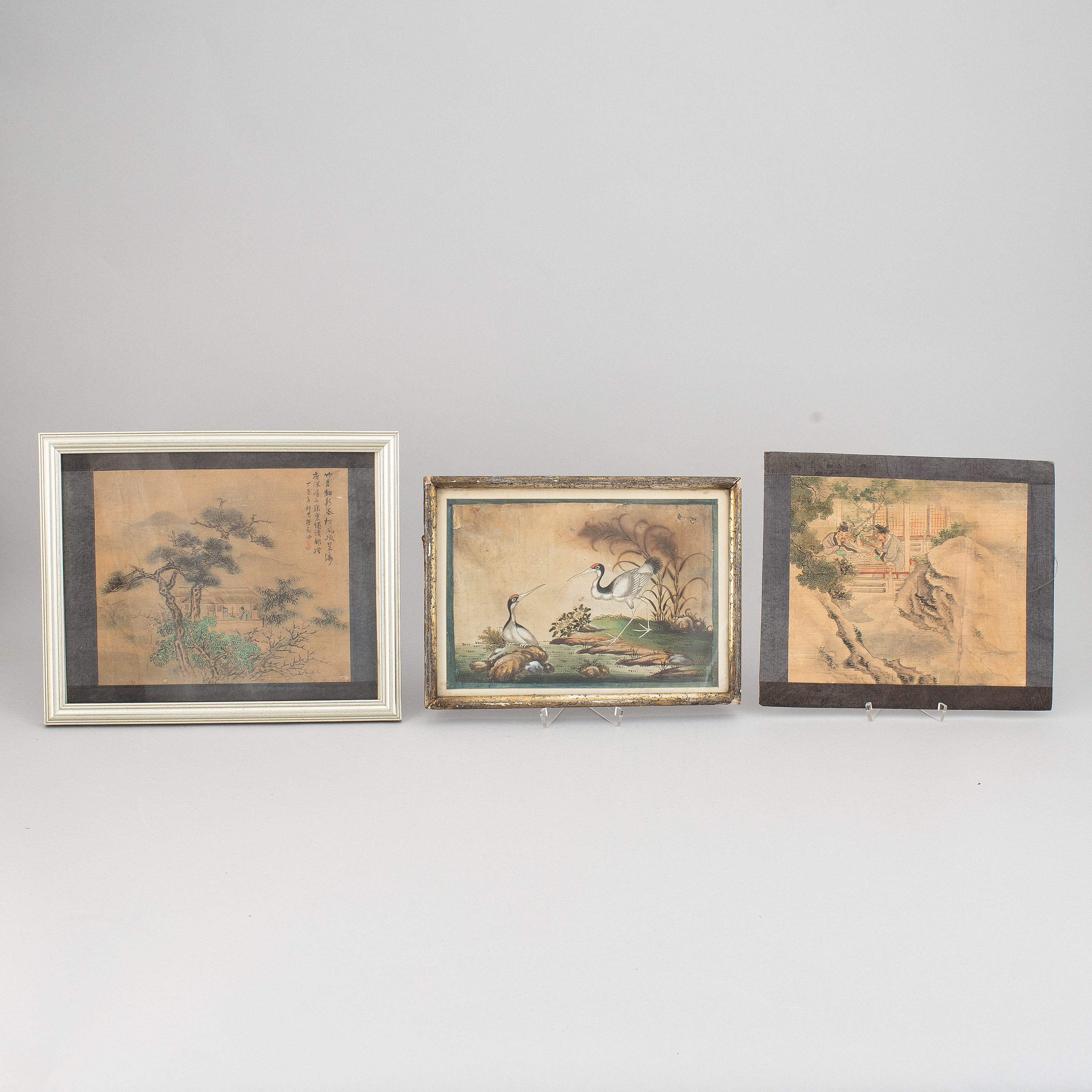 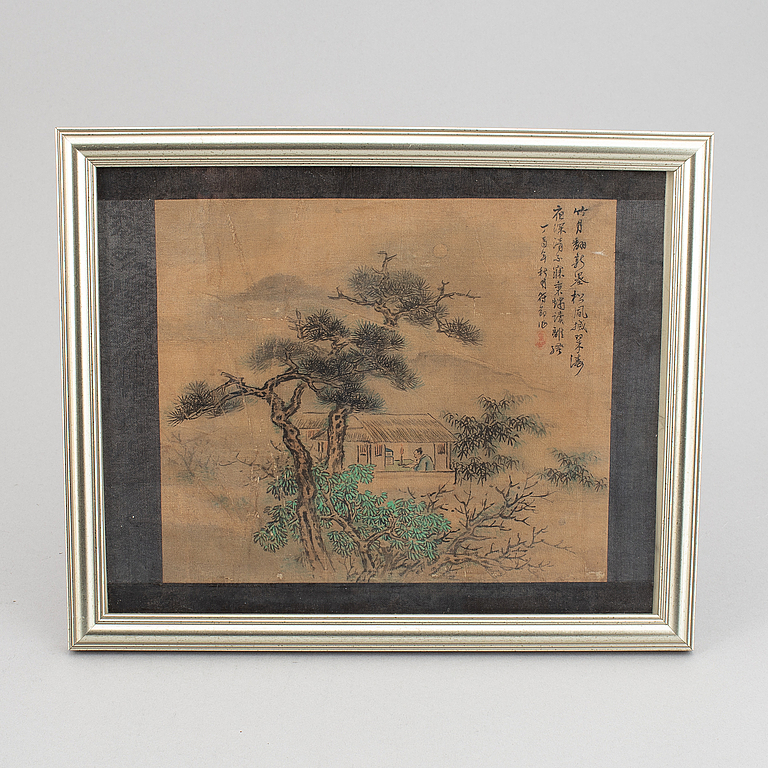 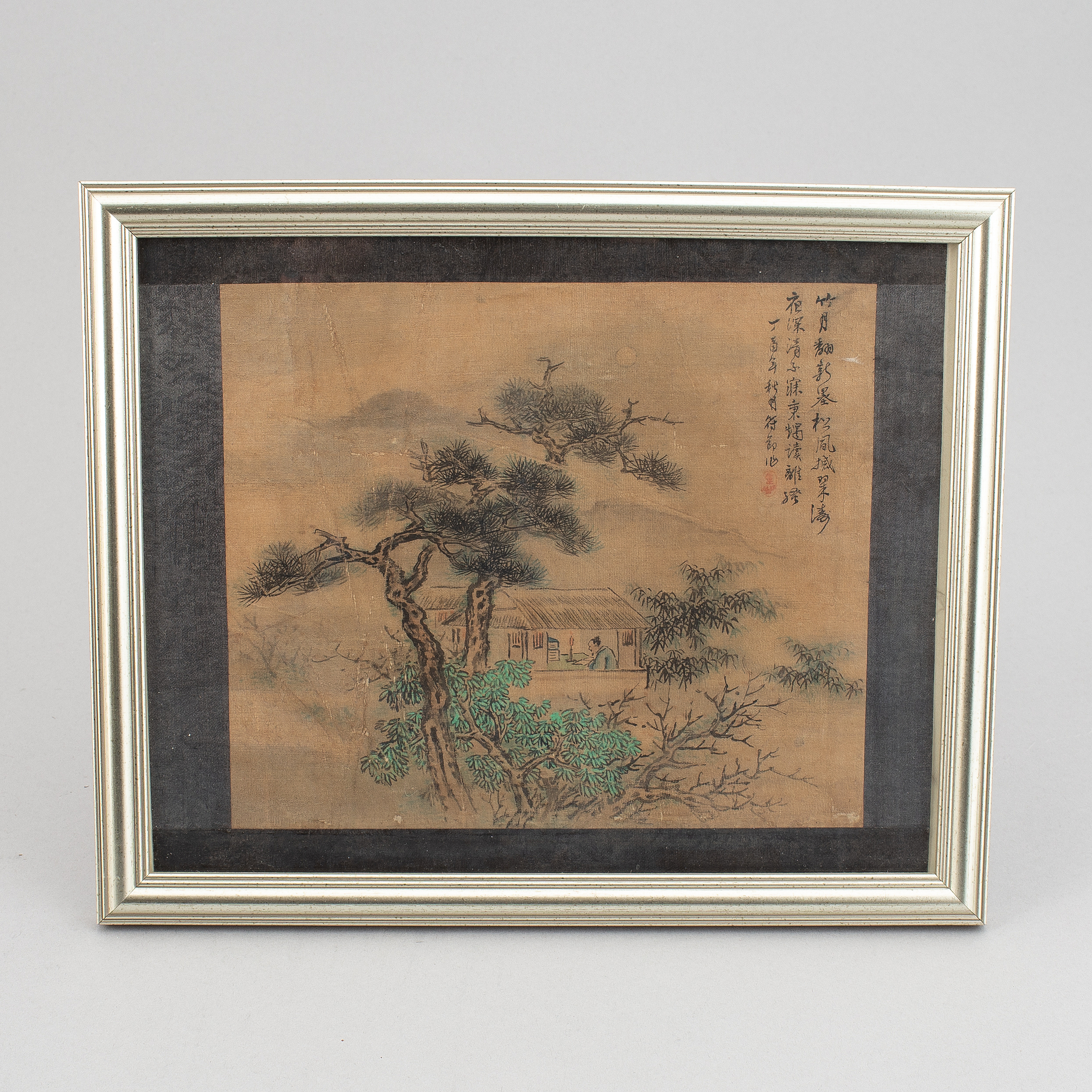 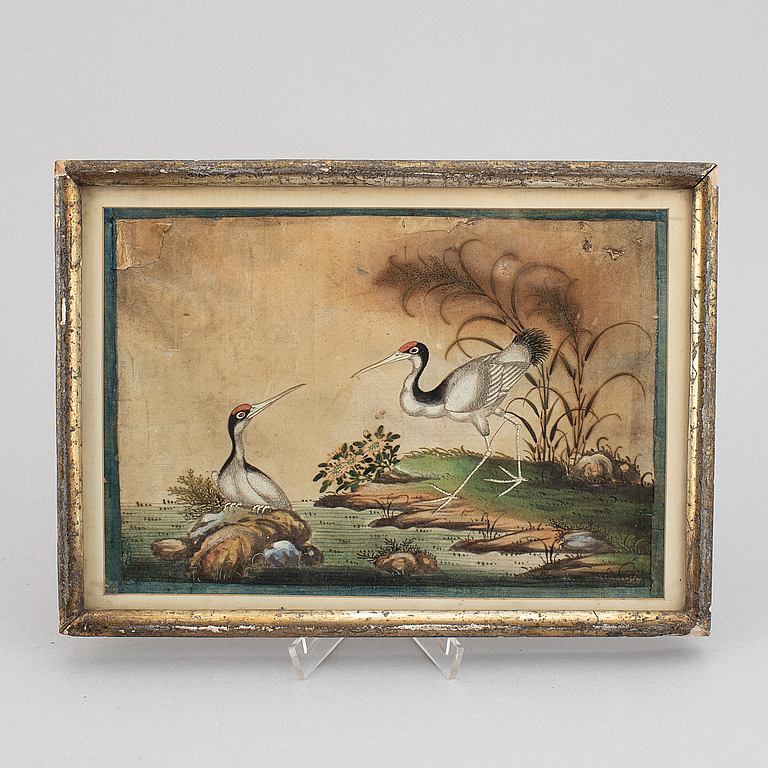 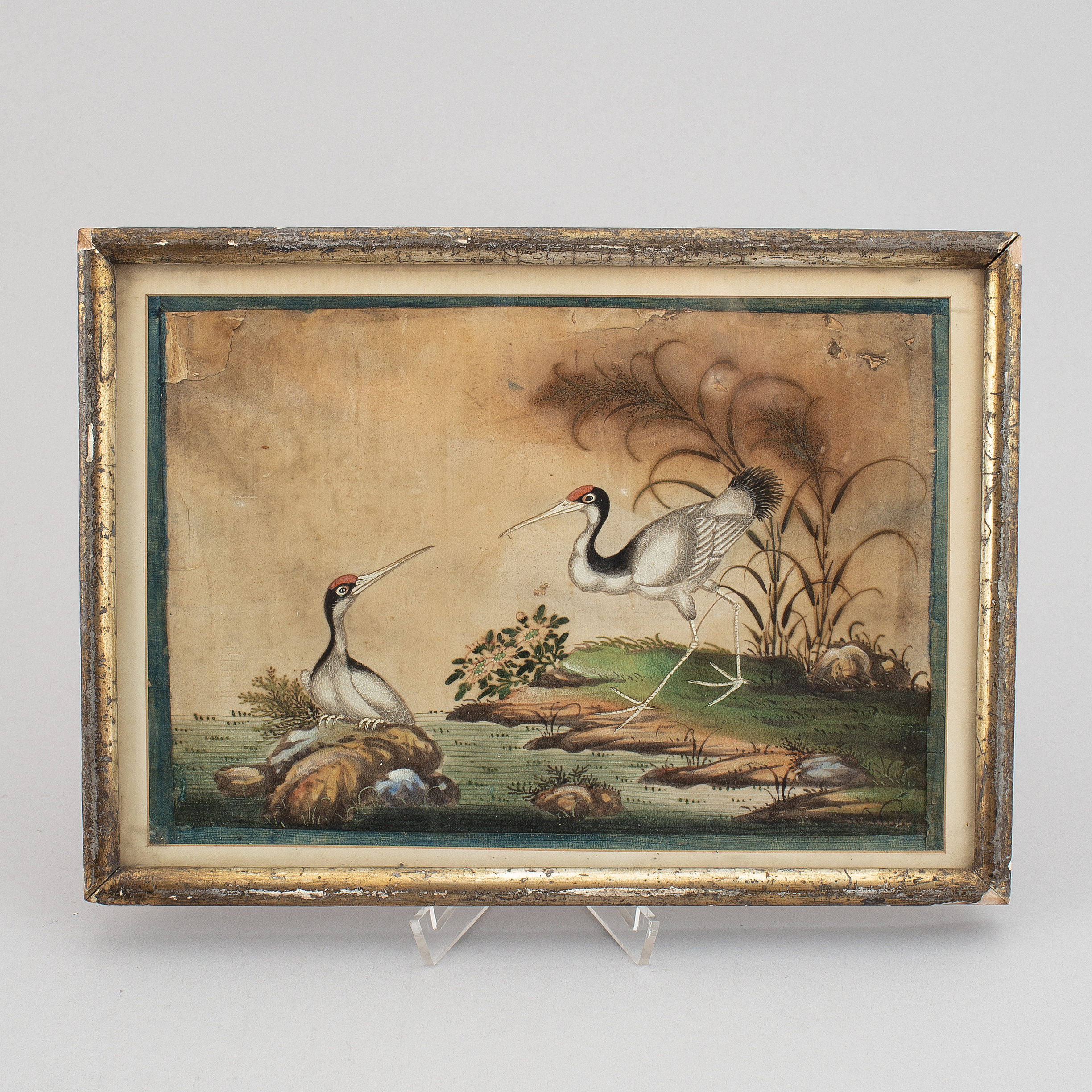 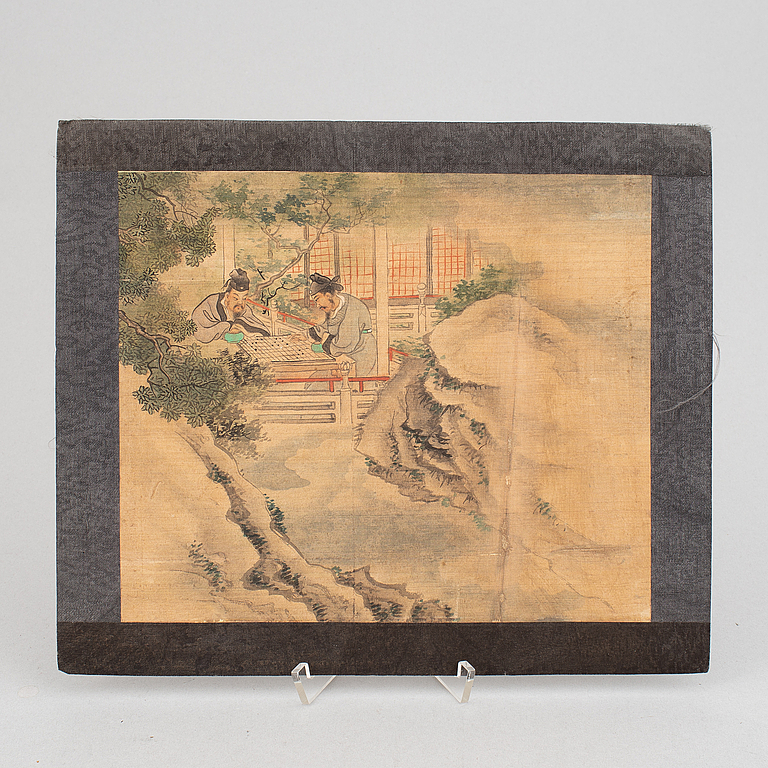 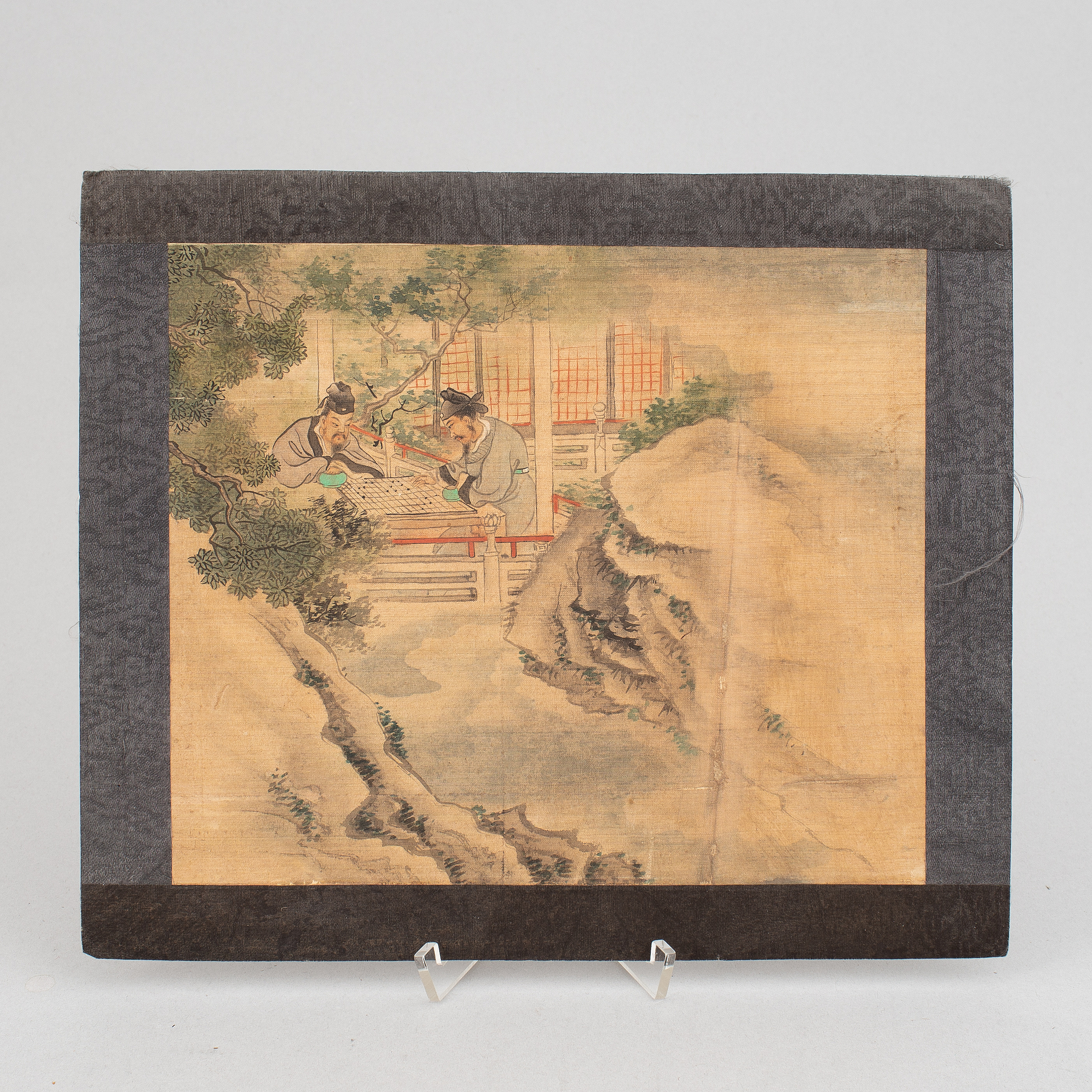 UNIDENTIFIED ARTIST, two paintings, ink and colour on silk. Qing dynasty, presumably 1897:
One depicting two scholars playing a round of Go in a palace environment. The other with a scholar seated inside reading a book, surrounded by landscape sceneries, calligraphy and one red seal. Image size 23x20 cm.

Not examined out of frame. Damages. Restorations