Once more Bukowskis has the pleasure of inviting you to a winter book sale. Early volumes include a Formularium instrumentorum printed at Rome in 1487, and a charming little German prayer book on vellum, dated 1523, richly illuminated including 6 full-page paintings.

Another 16th century book worth mentioning is Pomponius Mela & Gaius Julius Solinus, De orbis situ (Basel 1576) with 33 woodcut maps, and several copies and editions of the history works of Johannes and Olaus Magnus, with attractive woodcut or engraved maps of Scandinavia.

The first edition of Johannes Magnus (1554) is present in a very fine copy of the rare variant state with full-page woodcut title. The first Swedish edition (Swea och Götha crönika, 1620) is found in an attractive contempoarary binding, the copy acquired on September 4, 1620 from the editor, Eric Schroderus.

A choice selection of Swedish literature of the 18th and 19t centuries include ”Vitterhetsförsök” by Helena Maria Linnerhielm (1795, with numerous charming engravings by her husband), the first edition of Frithiofs saga by Tegnér (1825) and Johan Jacob Fabricius’ rare ”Amaranter” (1744).

We are especially proud to offer a selection of books from the Augerum library of Nils Samuel von Koch (1801-1881), Liberal Swedish politician and Chancellor of Justice 1844-66. He was married to Frances Eliza Lewin (1804-1888) from Bexley in Kent, whose political interests must have had some influence on his own. Not many of his colleagues in Parliament argued against capital punishment, or for women’s right to retain control of their income.

Our selection of books from Augerum include titles by, among others, David Ricardo, Simonde de Sismondi, Adam Ferguson, Jeremy Bentham, John Stuart Mill and Thomas Robert Malthus. von Koch also had a copy of the Encyclopédie (third edition, 1778-81), with more than 400 engraved plates. 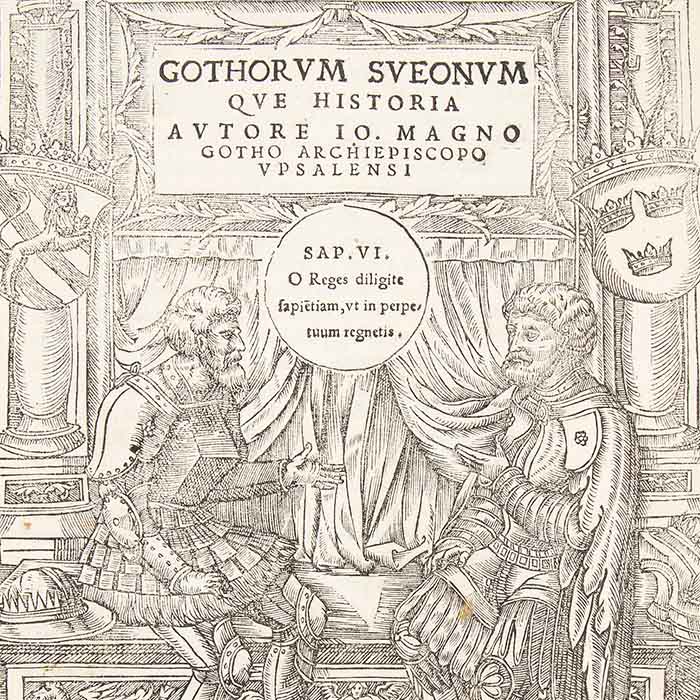