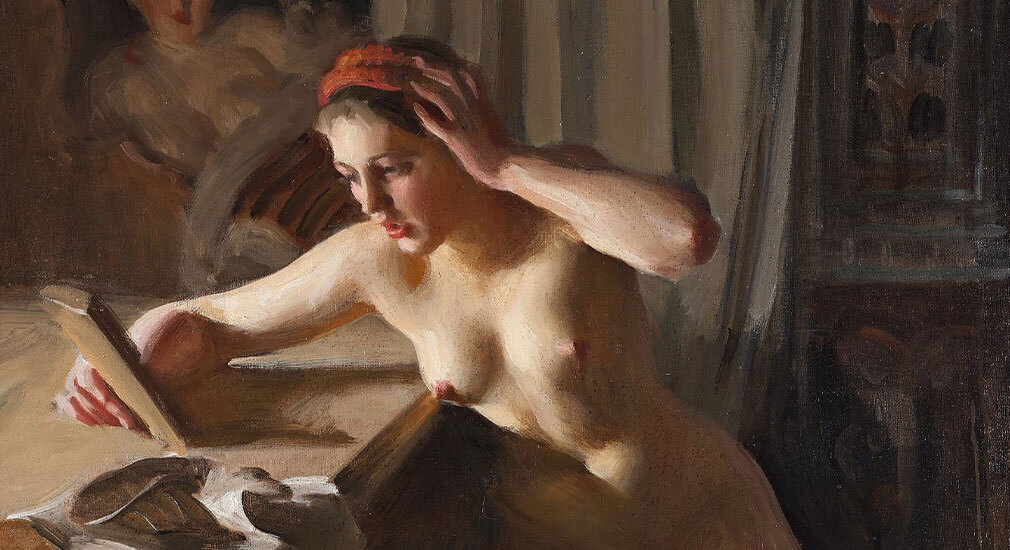 2020 celebrates Bukowski's 150 years and during this anniversary year we will also pay tribute to Anders Zorn who passed away 100 years ago. Bukowskis can already present one of Anders Zorn's masterpieces from 1915, "Old mirror", which will be sold at this spring's big anniversary auction, Important Spring Sale, where Zorn's artistry will be highlighted through both a special display and his own catalogue.

Bukowskis relationship with Anders Zorn has always been special. It was among other things at Bukowskis that around the turn of the century 1900, Anders Zorn's highly sought after etchings could be acquired.

Bukowskis' director during that period of time, Sigrid Carlsund, was also given a portrait by the artist in 1917, which still hangs on Arsenalsgatan 2 today.

Bukowskis sees a great demand for art, design and antiques. We are happy to help you sell at the best prices in the market during our anniversary year. Contact our specialists today.